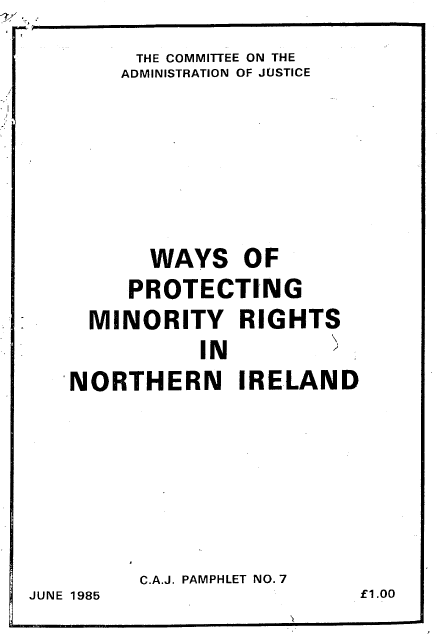 The purpose of the pamphlet is to make people aware of some of the various methods by which the rights of minority groups could be protected in Northern Ireland.

Part One comprises information collected by the sub-committee within the Committee on the Administration of Justice which was put before a conference of interested parties held in the Ulster People’s College on 23rd February, 1985.

Part Two comprises the papers which were actually presented at the Conference, together with accounts of the discussion and conclusions following each paper.

The pamphlet as a whole should serve to assist the reader in making up his or her own mind as to how best our society should proceed on these issues.