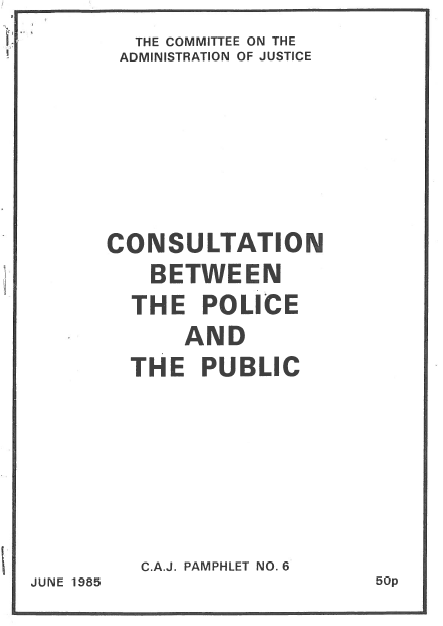 This paper is concerned with the machinery for future dialogue between the police and members of the public, especially at “grass-roots” level, on matters which concern them both; it is not concerned with the more fundamental matter of the accountability of the police, which has constitutional implications.

The paper examines the history of arrangements for consultation which have been adopted in the past, the objectives to be arrived at in the future, the types of machinery from which a choice has to be made, the matters eligible for discussion during the consultation and the powers and functions of members of the public who take part in the work of consultation.