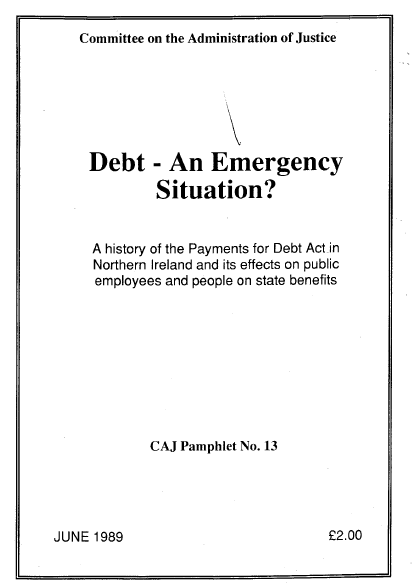 The Payments of Debt (Emergency Provisions) Act (Northern Ireland) 1971 (PDA) was enacted in October 1971 to counter a rent and rates strike which had been called in protest against thee introduction of internment in August 1971.

This power was transferred to the Secretary of State for N. Ireland in 1974. After internment ended in 1975 and the strikes called off in 1976 the scope of the Act has since been extended and transferred into ordinary powers in 1988.