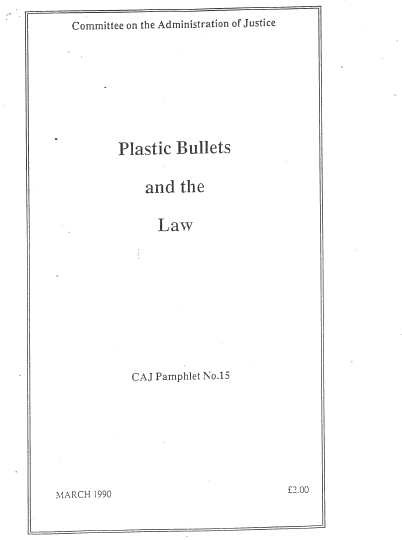 Plastic bullets, officially called baton rounds, were first introduced as a riot control weapon by the British Army in Northern Ireland in 1973.

The Royal Ulster Constabulary began to use them in 1978. Since then more than 54,000 rounds have been fired and the weapon has completely replaced rubber bullets.

Late in 1989, re-affirmed a plan to issue the weapon to the Ulster Defence Regiment, a move certain to heighten and inflame existing fears around and opposition to the bullet.