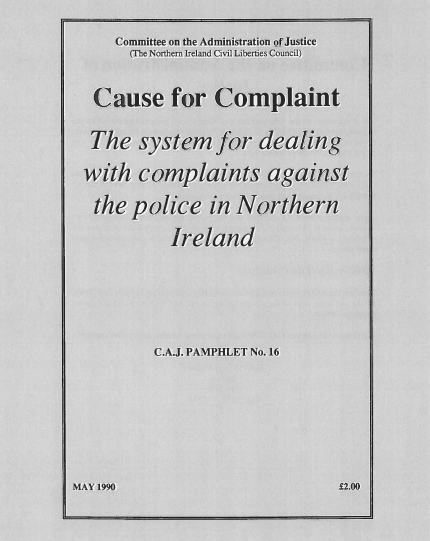 This Report was prepared for the Committee on the Administration of Justice by Tim Moran, a law student at Harvard University who spent ten weeks in Northern Ireland during the summer of 1989. It was largely compiled from notes he took during interviews which he conducted with a wide variety of participants in the complaints system.

He spoke with police officers, officials at the Police Authority, the Independent Commission for Police Complaints, the northern Ireland Office and the Standing Advisory Commission on Human Rights, solicitors, advice workers, political figures, ministers, journalists and, most importantly, actual complainants.

He came to the task with no pre-conceptions and with a limited knowledge of the political and legal background to policing in Northern Ireland. 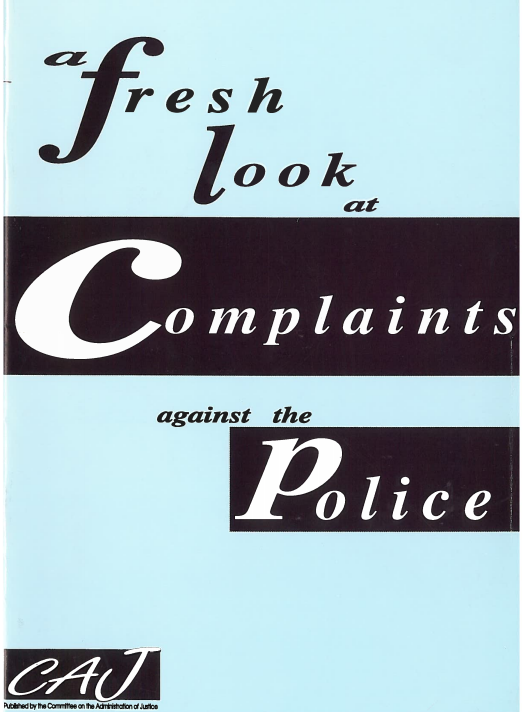 A Fresh look at Complaints against the Police, 1993 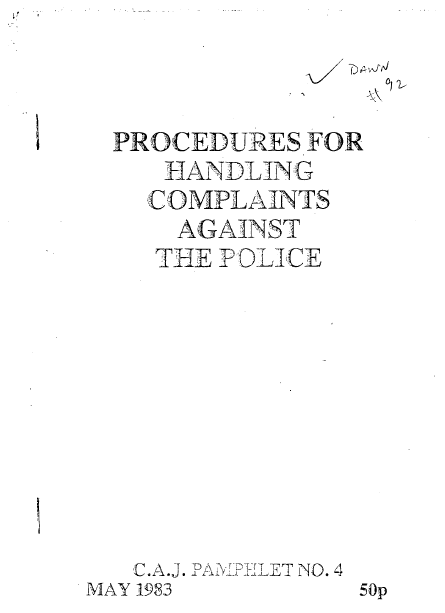 Procedures for Handling Complaints Against the Police, 1983

Committee on the Administration of JusticePublications, Reports, Uncategorized0 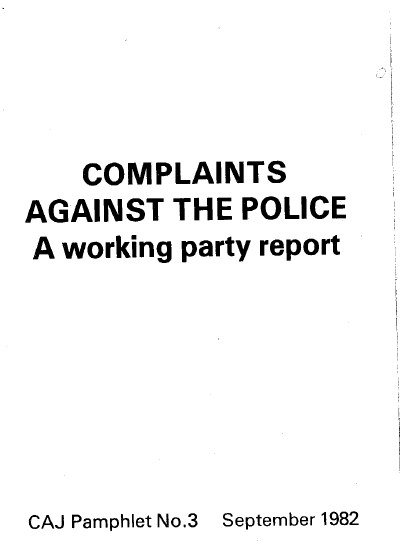 Complaints Against the Police in Northern Ireland, 1982