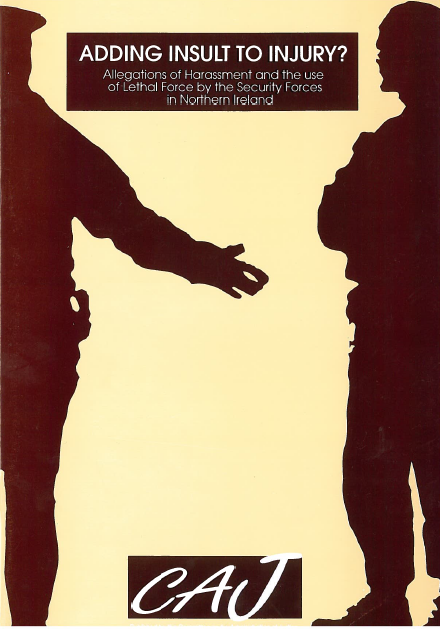 The Committee on the Administration of Justice carried out a project seeking to document harassment and other alleged abuses by the security force members before and after the use of lethal force by soldiers of police.

The issues surrounding the use of lethal force have been long-standing concerns for the CAJ.

During the course of contacts with the families of victims killed by members of the security forces, complaints had been received detailing the kind of allegations that are contained in this report.

So numerous and so consistent seemed the complaints that it was decided a more in-depth study of this harassment was required in order to test what was otherwise anecdotal information.

This report contains the fruits of that research.