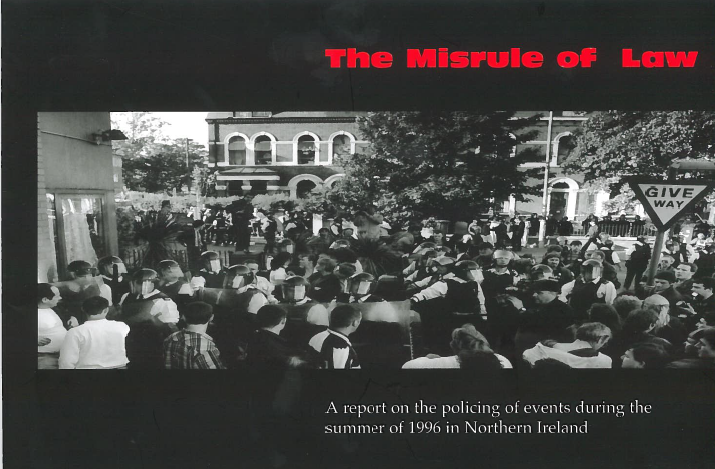 The Report is based largely on detailed reports from a team of impartial and independent observers who represented the CAJ at over twenty contentious parades and demonstrations between late June and early September 1996.

It raises concerns about several of the more serious incidents of the summer:

The final chapters set our findings within a domestic and international legal framework, and bring together a series of recommendations. The appendices contain important extracts from several of the witness statements we received and a details chronology of events.