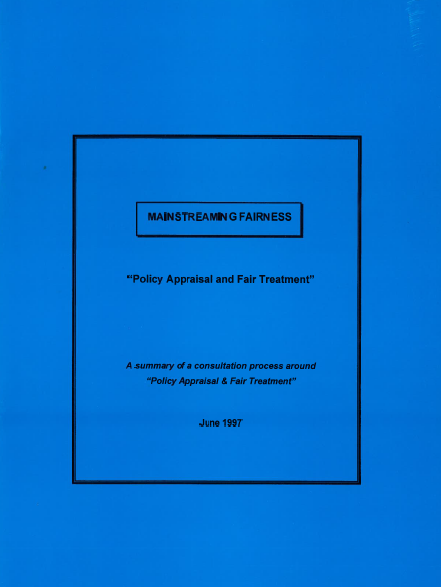 In the course of our activities, and particularly in the context of the Employment Equality Review, CAJ has become increasingly aware of the positive contribution which could be made to the pursuit of equality of opportunity by the government’s Policy Appraisal and Fair Treatment (PAFT) guidelines.

These guidelines were issued first in 1990, but a subsequent review led to them being withdrawn and re-issued in their current form at the beginning of 1994.

By the end of the consultation process, CAJ had received written contributions from over 30 individuals and organisation, in addition to the oral contributions made at a series of meetings which involved several hundred people in total.

One Big Border? BREXIT: passport and border controls in Northern Ireland – A CAJ Briefing Note for the House of Lords (HL) Report Stage debate on the EU Withdrawal Bill, April 2018 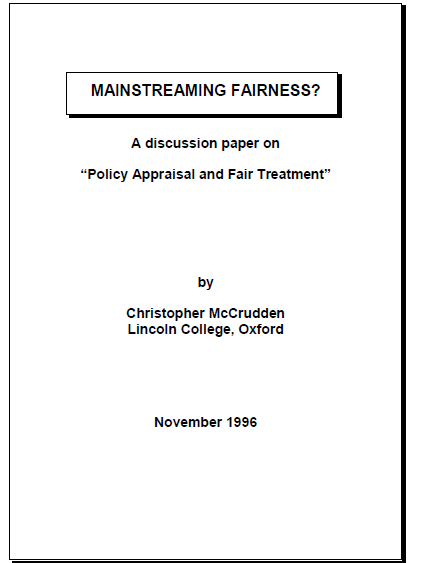