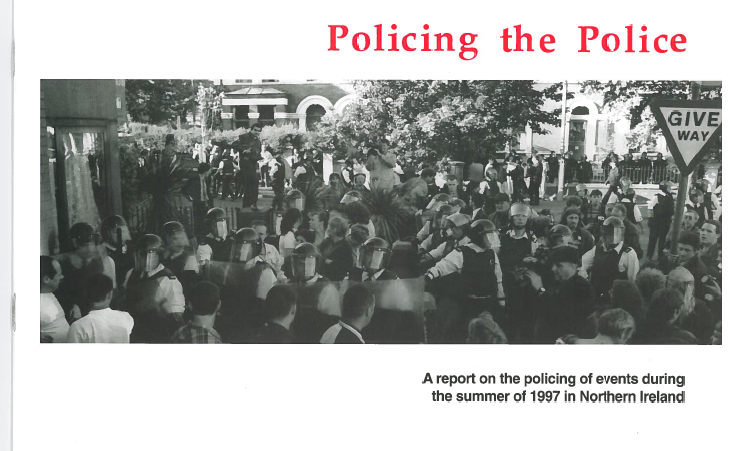 In 1996, CAJ sent observers to marches and protests in different parts of Northern Ireland.

As a result of this first-hand experience, and drawing upon a number of detailed witness statements, the organisation published a major study entitled The Misrule of Law.

The report focused on the policing of contentious parades and demonstrations and brought into the public domain a civil liberties perspective on the events of that summer.

CAJ’s observers monitored the extent to which the policing of a whole series of events was carried out in an impartial and even-handed way vis-à-vis the rights of marchers and protesters.

When violent conflict erupted, the observers monitored the effectiveness of the police in meeting their responsibilities under international human rights law to restore public order with minimum force.