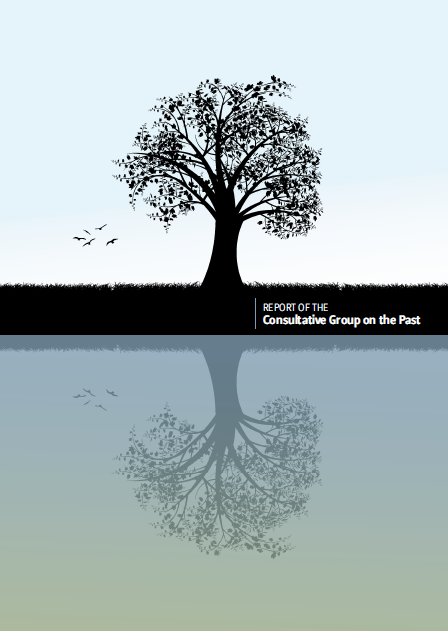 The Consultative Group on the Past was established to find a way forward out of the shadows of the past. The goal was to enable our society to do this together and this was to be achieved through the widest possible consultation. This engagement had to be voluntary which led to fears that only a few would actually engage with us.

However, the Group was overwhelmed with the level of engagement from across our society. The response underlined the immense amount of work that had already been done to create a society truly at peace with its past. However, it also highlighted the depth of hurt and suspicion that still exists in every part of our society.

Northern Ireland has made tremendous progress out of the dark days of the violence towards peace and stable Government. But it became clear to us that finding a better way of dealing with the past would help cement that progress. To take now the final steps out of conflict will be difficult for many. However, the divisions that led to the conflict in the first place are all too present and only by honestly addressing the past can we truly deal with it and then leave it in the past.

This report has been guided and shaped by those who gave up their time and shared their ideas on what would work best in our society. This report belongs to those people and to the wider society they represent. One of the key contributions this Group has been able to make was to bring together the work and visions already developed by many organisations and individuals.

The Group has endeavored to remain true to what has been said during the consultation. It will now be up to the Governments and the Executive to work with all of society to make the recommendations and vision of this report a reality.