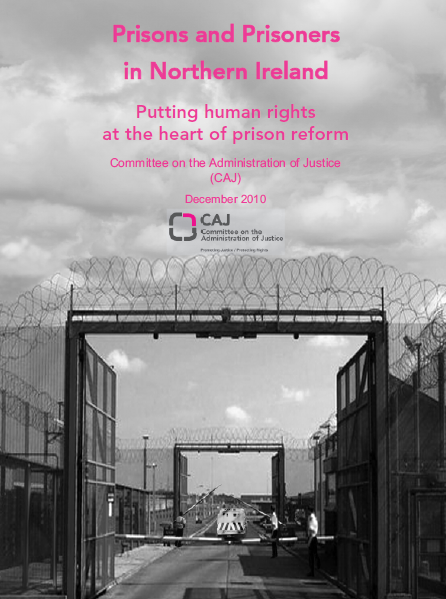 CAJ believes that the approach to improving the prison system as a whole has been both insufficient and piecemeal, and what is needed is a comprehensive and systemic review. Having considered some 40+ reports and reviews relating to prisons in Northern Ireland written since 2002, what is most startling is the repetition of themes and issues which have significant human rights implications and which remain insufficiently addressed. The report therefore groups together into broad themes the recommendations which have been made over the past number of years by numerous review and inspection reports in order to help identify the overall issues which remain unsatisfactorily addressed, and facilitate a human rights analysis upon which a review could be premised. The same concerns in relation to a number of themes have frequently been raised in 7 or more of the 40 review/inspection reports referred to in this report, thus demonstrating that many recommendations to the prison service are not effectively, efficiently or consistently acted upon.

It seems clear that the prison system in Northern Ireland is in a state of crisis – the number of reports and recommendations and the frequency with which recommendations are repeated alone are evidence of this. What has happened repeatedly in the prison system over the years has been that that each ‘crisis’ is treated with a plaster, without ever dealing with the root causes of the problem. The focus and response by the prison service to these issues – which dwells on the numbers of recommendations and the development of paper-exercise policies and action plans, fails to recognise and address the bigger problems underlying the recommendations themselves. The problems identified are not simply operational matters that can be addressed by an action plan; rather what is required is a focus on the issues and problems behind the recommendations. In short, what is needed is widespread cultural and systemic change.

With devolution of responsibility for criminal justice, more local pressure for accountability and change can be asserted. Indeed, the Hillsborough Agreement, which facilitated that devolution of power for criminal justice, highlighted “a review of the conditions of detention, management and oversight of all prisons” and we have since seen the establishment of a Prison Review Team. CAJ is concerned that this review must not continue the piecemeal approach that has been witnessed to date, but rather go back to “first principles” and review the system in a comprehensive and holistic way.

CAJ advocates that domestic and international human rights standards should provide the framework upon which holistic and systemic change is based. These standards and obligations have freely been entered into by government, and are the basic rights which human beings are entitled to by virtue of their humanity. At their heart is the assumption that those who are deprived of their liberty do not relinquish all rights by virtue of their imprisonment. As such, they are entitled to the equivalent level of protection of their rights as those who are not detained, albeit within the context of imprisonment. It must also be borne in mind that international human rights standards are the minimum required, meaning that they are a base that should be built upon, not a goal to be aspired to. 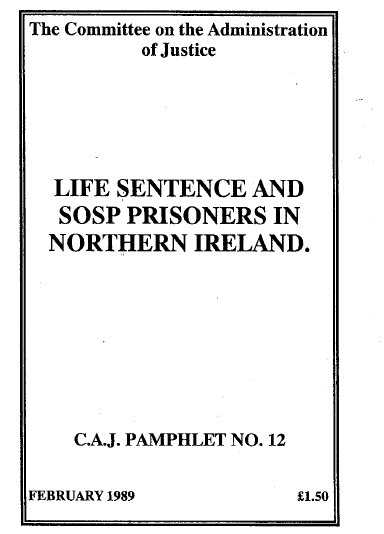 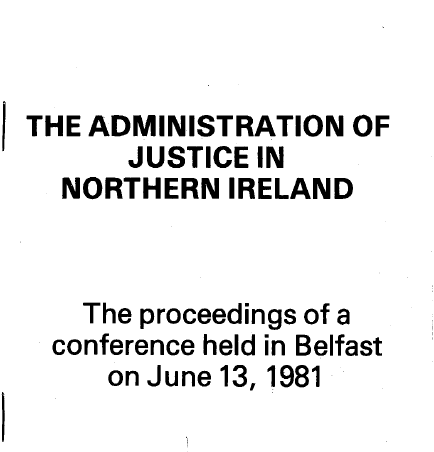 The Administration of Justice in Northern Ireland: the proceedings of a conference held in Belfast on June 13th, 1981