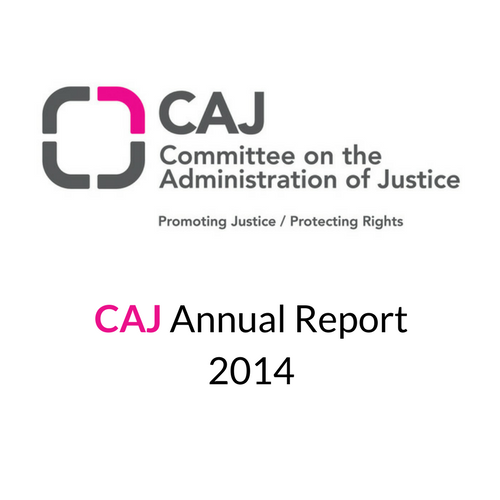 CAJ correctly describes itself as a human rights NGO. We are members of the International Federation of Human Rights (FIDH), we orientate our work by reference to international human rights law and we locate ourselves in the mainstream of human rights activism worldwide. However, we cannot deal in detail with all aspects of human rights, even as they affect the people of Northern Ireland. Our specific focus is on those human rights issues which are directly relevant to conflict and peace. This includes relevant economic, social and cultural rights as well as civil and political rights.

CAJ was created at the height of the conflict, played a significant role in putng human rights at the heart of the peace settlement and has been occupied with making a reality of a rightsabused society since. We are not complacent about the continuing peace process. Our own history and contemporary examples throughout the world demonstrate both the intractability of divisions based on ethnicity and the capacity of violent conflict to re-emerge a er periods of apparent calm. There are certain key maters which, in our view, determine whether Northern Ireland continues on a more or less peaceful path or lapses back into widespread violent conflict.

Many of these are connected directly with the project of re-building and maintaining faith in the rule of law. That involves overcoming the legacy of the conflict in so far as it involved concealment, cover up and effective impunity for the perpetrators of human rights violations on behalf of the state, to ensure accountability and prevent recurrence. The human rights framework also requires the state to provide effective investigation and remedies for victms of non-state actors. CAJ has called for a single, human rights compliant mechanism to investigate unsolved killings and serious injuries during the conflict to seek prosecutions where possible and truth recovery where not.

Inherent in any legitimate concept of the rule of law is compliance wit human rights law. Encouraging faith in the rule of law also involves building robust contemporary forms of accountability for state security forces, especially the police, which in turn will make them more trusted and more effective in pursuing non-state criminals. Trust in the rule of law is particularly put at hazard in public order situations. The exercise of the freedoms of expression and assembly and occasionally necessary limitations on them must all be carried out within the framework of a transparent and consistent rights based policy in order to ensure that all people recognise the impartial operation of the rule of law.

The rule of law based on a rigorous adherence to human rights standards is, in our view, the only feasible framework for the governance of a society where deep divisions remain. One of the most important human rights standards in this context is that of equality. There is quite simply no other basis for cooperation across community divisions than equality whether in the allocation of public resources based on objective need or in equality of treatment for the culture and symbols of the two main communities, in a manner compatible with the rights of others. Furthermore, knowledge of and respect for the basic principles of human rights must be spread as widely as possible through society. For that reason, CAJ also focuses on equality and the protection and promotion of rights generally. These are the reasons for our concentration on the issues that are described in the following report. We are concerned to combat impunity, guarantee non-recurrence by working for contemporary accountability, promote a rights based framework for the exercise of the freedoms of expression and assembly, advocate the application of the fundamental prfin ecqipulaelsit oy and promulgate the benefits of a rights based society. In these ways we believe that we are making a solid contribution to maintaining the peace and avoiding a return to conflict which would create a bonfire of human rights. 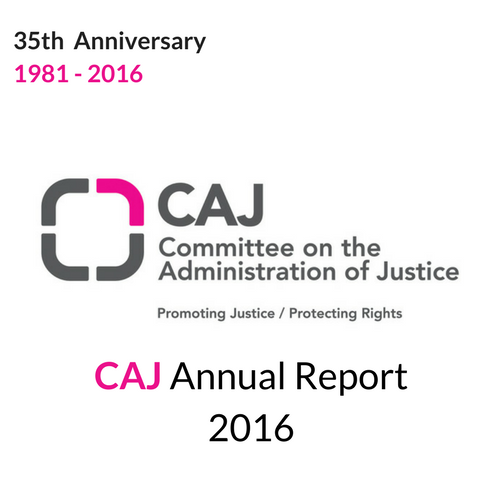 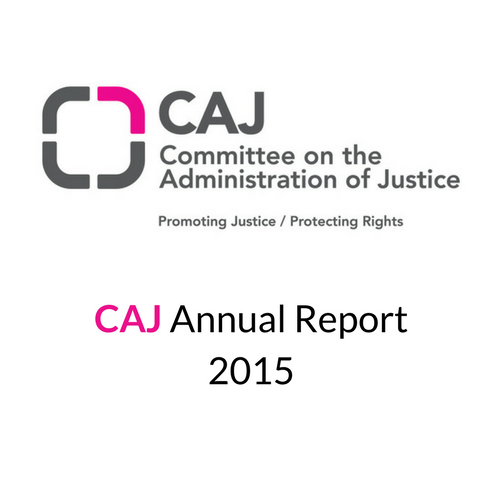