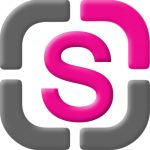 This is a request to the Equality Commission to use its paragraph 11 powers under Schedule 9 of the Northern Ireland Act 1998 to investigate 19 substantive and procedural breaches of the Department for Communities Equality Scheme in relation to the ‘Community Halls Pilot Programme’.

In summary the breaches include: failures to consult on matters relevant to the section 75 duties; not undertaking Equality Screening prior to decision making; not paying due regard to the equality duty when devising funding criteria; not undertaking ‘evidencebased’ policy making in relation to funding opportunities; treating the Screening process as a ‘tick box’ exercise; decision-makers not being aware of the obligation to comply with the duties; the branding and marketing of the fund in a manner not conducive to promoting equality of opportunity; miscategorising adverse impacts on equality of opportunity as positive impacts; not conducing an EQIA, and consequently failing to consider alternative policies/mitigating measures as obliged under the legislation; and not abiding by recommendations of previous Equality Commission investigations into the Department.

There are strategically important reasons why we believe the Commission should exercise its powers in relation to this matter that both relate to the Community Halls Fund itself but also to the broader impact of the practices followed on other policy making. We believe enforcement by the Commission is vital for non-recurrence.

At the level of the Halls fund itself a number of organisations (which engage section 75 categories) may have been put off or de-prioritised for funding under criteria devised for the 2016 call for applications. The last official statement from the Department on the matter states that it intends to distribute further resources in this new financial year on the basis of the original application call and criteria,1 without an EQIA having been conducted. In a broader strategic sense the identified failures to comply with the Scheme are so systemic that a failure to take any action against the Department could essentially constitute a green light for continued flouting of the section 75 duties. The equalities questions surrounding the fund have been a key matter of public interest, covered extensively in the media, and have related to practices which have contributed to the collapse of the devolved institutions.

This document is structured chronologically in relation to the evolution of the Community Halls Scheme, with a summary chronology and list of the alleged breaches of the Scheme provided by way of introduction.