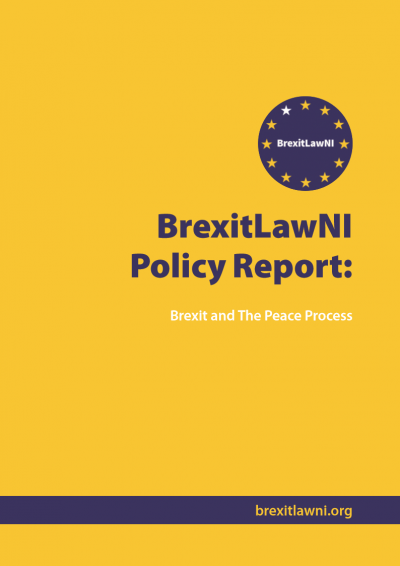 Brexit will have detrimental consequences for the peace process in Northern Ireland and will weaken human rights and equality protections, according to six interlinked reports unveiled by BrexitLawNI.

Funded by the Economic and Social Research Council (ESRC), BrexitLawNI is a research partnership between human rights experts from CAJ and researchers from the Schools of Law at Queen’s University Belfast and Ulster University.

Across a period of 18 months, the BrexitLawNI team conducted in-depth interviews, consultations and town hall meetings to explore the possible impact of Brexit on human rights and the peace process. They met with politicians and officials in Belfast, London, Dublin and Brussels, as well as with business representatives, trade unions and community activists.

They found that there is widespread anxiety about the long-term impact of Brexit on relationships on the island of Ireland. Additionally, they discovered that Brexit has played a role in ‘mainstreaming’ discussions on Irish reunification.

Each report produced by the BrexitLawNI team draws on their extensive research and focuses on a different theme related to the impact of Brexit on Northern Ireland.

All six reports are available now:

Brexit and the Peace Process