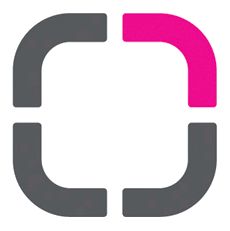 People in Northern Ireland are sometimes accused, not always unjustly, of having an exaggerated sense of our own importance. We are told that this small territory, barely 80 miles across, is not actually the centre of the world. That may be true, but for the past two years, and potentially for years to come, Northern Ireland and its border with Ireland, have indeed been at the centre of political debate and negotiation in Europe. The Brexit negotiations have focused on our region. British and European politicians have wandered the border counties marvelling at the strange out-workings of partition and the now ‘invisible’ border. As the end-game approaches, politics in Britain and Northern Ireland are defined by the attitude towards the ‘Irish backstop’.

This attention is not, in itself, welcome for it arises out of the recognition that, unless special measures are taken, the Brexit process poses a threat to the peace process. Some would contest that view and we have been accused of ‘scaremongering’ in our repeated warnings to that effect over the past two years. However, probably a majority of people in the North, the Irish government, the rest of the European Union, and a very sizeable section of opinion in Britain agree with our analysis. Many of those who take a contrary view either do not care about the peace process or never agreed with it in the first place.

This is not the place to rehearse the arguments about Brexit; we have produced numerous submissions and analyses of every aspect of the process that touches upon peace, prosperity and human rights during the year. It is, however, the place to issue a further warning and also to re-emphasise the route map for the way forward.

Damage has already been done to the trust underlying the peace process; the danger is that political confrontation will develop, potentially both in Britain and Northern Ireland, with the nature of the border and Union being in contention. Another focus of division is the last thing we need in our community, but that is what is developing. No-one can predict how far it will go and what form it will take. We can, however, point to the way to mitigate conflict and to maximise the resilience of the peace.

We are disappointed with the latest draft Withdrawal Agreement between the EU and the UK in respect of rights protections, just as we are disappointed with the progress on dealing with violations of the past and many aspects of contemporary accountability. We are convinced that a broad-based initiative that would fulfil the promises of the Belfast Good Friday Agreement on rights and equality, mitigate the negative consequences of Brexit and provide new standards, and protections for human rights equivalence across the island of Ireland is the way forward. The proposals in the Withdrawal Agreement and the Draft Protocol on Ireland/Northern Ireland are gravely deficient in that respect and we are aware that rights are rarely a priority for governments. Furthermore, there is active hostility to human rights and equality in some political circles and the rise of the racist Right is deeply disturbing.

In our view, however, the only way both to judge political developments and to inform positive intervention is through a human rights approach. It is both a way of understanding events and a conceptual framework that can guide us in advocacy and lobbying those with power. It is the way CAJ tries to approach its work and understand the environment in which it operates. On the following pages is a record of how we have tried to apply a human rights approach in the past year.