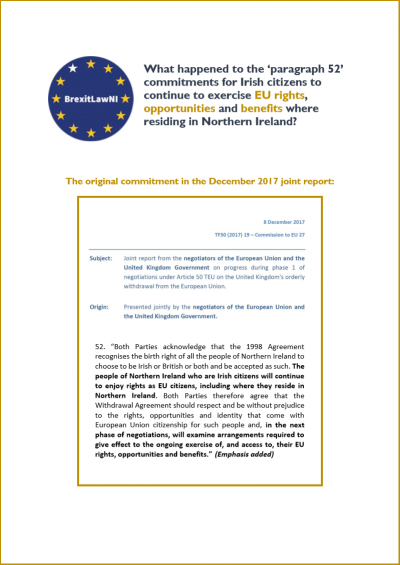 Commitments made during the early stages of the Brexit process to protect the EU rights of Irish citizens in Northern Ireland have not been taken forward. BrexitLawNI has released a detailed briefing paper examining the fate of these commitments.

BrexitLawNI is an ESRC-funded research project in which CAJ is a partner alongside the Law Schools of Queen’s University Belfast and Ulster University. More information is available from the BrexitLawNI website: https://brexitlawni.org/