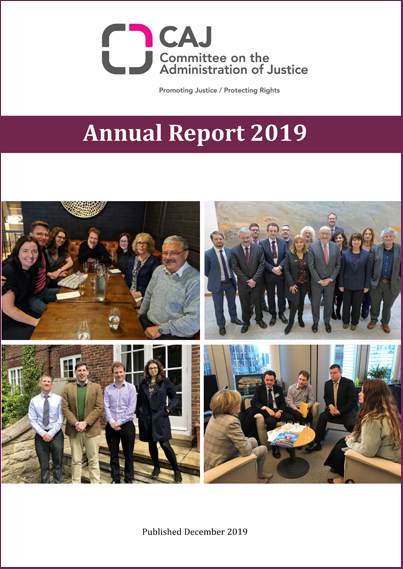 This has been a dispiriting year of disruption and disillusion as the Brexit process has lurched from constitutional breaches to open unlawfulness along a track littered with broken promises and discarded lies. The year is ending with a UK General Election that will decide all of our immediate futures. The result will not be known until the day after this report is published.

After the events of this year, we do not need to persuade anyone that we are in the midst of a many-sided crisis. Each day, news commentators tell us that we are in ‘uncharted territory’. It is unlikely that the result of the General Election will solve all problems. Whatever happens, we can be absolutely sure that political turbulence will persist for the foreseeable future.

That does not have to mean that we sink back into civil unrest and possible political violence. The extraordinary events of the past year have at least dispelled complacency and it is possible that out of the challenges arise new opportunities.

Of course, Northern Ireland remains a divided society and the Brexit process has already created new focal points for division between nationalists and unionists, as well as between Brexiteers and Remainers. We will live with these divisions for the foreseeable future, but in spite of them – or perhaps transcending them – we believe there is a progressive majority in Northern Ireland and, indeed, across the whole island, which is for fairness and respect, for human dignity and human rights. This progressive majority votes for different political parties. Its exact composition may vary from issue to issue and it must never be taken for granted. Nonetheless, it exists and our task is to put our trust in it, to encourage and nurture it, and seek to energise it in a renaissance of the peace process.

This is not to try to manufacture a new, organised movement. We should be looking for something more flexible, more diverse, but with a firm backbone of principle. That principle has to be an approach that in each diverse circumstance asks, “What will best increase human rights, dignity and equality?”. When any decision has to be made, the criterion for making it should be the following, “For the people affected, what choice will enhance their rights and dignity and what choice will diminish them?”. The answer will usually be clear, regardless of whether you’re a civil society activist, a politician, a trade unionist, a faith leader, or someone trying to run a farm or a business.

For our part, CAJ will continue to do its best to develop and elaborate policy in our areas of expertise, and to advocate, lobby and litigate for the adoption of this policy. Our priorities are developing, rather than changing and the human rights principle remains clear.

Download the full report via this link: Annual Report 2019