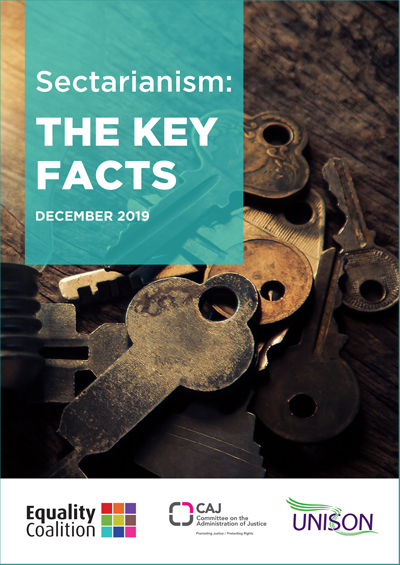 Commissioned by the Equality Coalition, independent researcher Dr Robbie McVeigh has authored a piece of research on contemporary sectarianism in Northern Ireland. Across 50 pages, Sectarianism: The Key Facts looks at ‘institutional sectarianism’ in NI – especially where there is evidence of sectarianism in decision-making.

The full report can be downloaded via this link.

The Equality Coalition is co-convened by UNISON and CAJ.