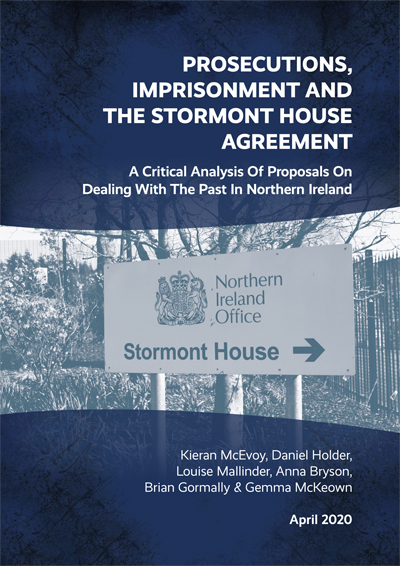 In recent years, there have been eleven distinct proposals on dealing with the legacy of the past in Northern Ireland. Most recently, a new approach to legacy was put forward by the UK government in a statement delivered by the Northern Ireland Office (NIO) in March 2020.

The report was prepared by a team of NI-based experts, comprised of CAJ staff and academics from Queen’s University Belfast. It is intended to offer a contribution to the ongoing deliberations of the UK and Irish governments, NI political parties, and civil society groups as they consider how to deal with the legacy of the past in Northern Ireland.

The team behind the report have also published previous reports on legacy. To learn more, visit www.dealingwiththepastni.com.