In 2019, the Equality Coalition’s Manifesto for a Rights Based Return to Power Sharing called for a new agreement to remove those political vetoes within the NI Executive that are not based on (and have conflicted with) equality and rights duties, and as such contributed to the destabilisation and collapse of the NI Executive in 2017. The issue returned to prominence last week with the DUP twice using the ‘St Andrews Veto’ to block the extension of public health measures proposed by the UUP Health Minister to contain the pandemic, which were supported by all other parties.

In response, the Equality Coalition has produced a briefing note setting out the human rights implications of the veto being used in this way.

At the time the decision was taken, NI remained in the grip of a second wave of the pandemic.
Proportionately, the number of deaths in NI was running at four times that of the Republic of
Ireland, where greater restrictions had been imposed.

The Equality Coalition is co-convened by CAJ and UNISON. 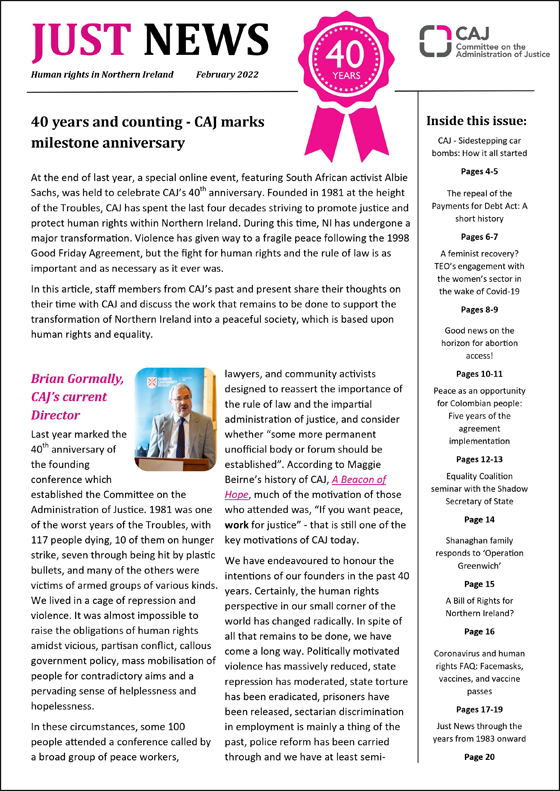