CAJ has always based its policy stance on international human rights standards. These are contained in global and regional treaties and conventions (known as “hard law”) and in a plethora of standards, treaty body comments, committee of experts commentaries, reports by UN Special Rapporteurs and so on (known as “soft law”). International standards are usually regarded as minimum standards and “soft law” standards can only be treated as advisory. 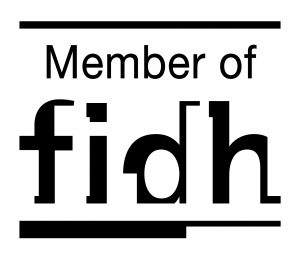 However, all of these documents are the product of international consultation and negotiation and represent the best consensus that those concerned about human rights globally can achieve. They are therefore as authoritative as any international formulations can be in an imperfect world. One of the truly important products from adhering to international standards is that it counters the usual refrain, especially in conflict and post-conflict societies, which says that human rights advocates are supporters of enemies of the state. We have suffered from that in Northern Ireland and many activists still do – if you criticise the state you must be on the side of those who try to subvert it. By sticking to international standards we assert a global norm which transcends the particularities of any given society.

CAJ has also sought international solidarity throughout its history, but particularly during the conflict and peace negotiations. We have also, as far as we have been able, tried to give solidarity to our brothers and sisters throughout the world striving for human rights. We were a “corresponding” member of the International Federation of Human Rights (FIDH) for many years and in 2016 became a full “affiliate” member.

05/08/2022Committee on the Administration of JusticePublications, Submissions
Our latest submission to the Committee of Ministers was drafted for consideration at the upcoming 1443rd meeting (September 2022) of the Ministers’ Deputies. It focuses on issues related to the deeply flawed Northern Ireland Troubles (Legacy and Reconciliation) Bill, which is currently progressing through the UK Parliament. Download the submission here. What is the Committee...

04/07/2022Committee on the Administration of JusticeNews, Press releases
CAJ has welcomed a statement from the Council of Europe Commissioner for Human Rights, released earlier today, which raises serious questions about compatibility of the UK’s legacy bill with the European Convention on Human Rights (ECHR). Commissioner Dunja Mijatović’s issued the statement following a five-day visit to the UK, including Belfast. The statement is available...

Written Submission to the Universal Periodic Review (UPR) of the UK

02/04/2022Committee on the Administration of JusticePublications, Submissions
Every 4.5 years, the UK undergoes a Universal Periodic Review (UPR) to assess its overall progress on human rights. This is a peer review process led by UN Human Rights Council, which all UN member states undergo on a cyclical basis. The UK’s fourth UPR will take place later this year. CAJ has submitted written...

07/03/2022Committee on the Administration of JusticePublications, Submissions
Our latest submission to the Committee of Ministers was drafted for consideration at the 1428th meeting of the Ministers’ Deputies, which is taking place between 8 to 10 March 2022. In the submission, we outline the UK’s continued failure to comply with its duty to investigate legacy deaths (under Article 2 of the European Convention...

02/12/2021Committee on the Administration of JusticePublications, Submissions
Our latest submission to the Committee of Ministers was drafted for consideration at the 1419th meeting of the Ministers’ Deputies, which is taking place between 30 November and 2 December 2021. In the submission, we highlight the lack of support locally and internationally for the UK government’s recent Command Paper on legacy, which includes proposals...

17/09/2021Committee on the Administration of JusticePublications, Submissions
The UN Human Rights Council has been examining concerns related to the Northern Ireland Office’s impunity proposals. In recent months, the UK has unilaterally departed from the provisions of the 2014 Stormont House Agreement (SHA). Instead, the UK now proposes introducing legislation that would include a statute-bar on investigating conflict related incidents, along with an...

01/04/2021Committee on the Administration of JusticePublications, Submissions
CAJ regularly makes submissions the Committee of Ministers on the ‘McKerr group of cases’ concerning the actions of the security forces in the 1980s and 1990s in Northern Ireland. Our recent submissions have charted the unilateral abandonment by the UK of commitments to implement the legacy mechanisms contained within the Stormont House Agreement (SHA), and...

08/02/2021Committee on the Administration of JusticePublications, Submissions
CAJ has provided comment on the UK’s official response to the 5th report on its adherence to the European Charter for Regional or Minority Languages (ECRML). Our submission is limited to commentary on the UK’s commitments in Northern Ireland  under the ECRML, namely those related to the promotion and protection of Irish and Ulster Scots....
Load More